During the height of the Great Depression, the Jones family began its journey as pioneers in the machinery business. While farmers suffered from plummeting prices and high debt, Glen Jones, our founder’s father, saw a solution. He realized that agricultural mechanization was a labor-saving solution for farmers, and this realization led him to become a pioneer in agricultural product development. He soon established the New Method Equipment Company producing the hay master and a mechanical front-end loader. Later, Glen also founded the Continental Farm Machine Company out of Minneapolis, Minnesota, manufacturing universal tractor-mounted post hole diggers.

By 1946 the company’s success led Glen to send his son Clyde to Belton, Texas, to assist in the start-up of a new company, the Continental Belton Company. The company produced a more refined model of the notorious post hole digger. By 1950 Clyde became General Manager of the company, and under his leadership, Continental added more products to their lineup. After several years with the company, Clyde branched out to start a venture of his own; he founded the Mohawk Equipment Company in Temple, Texas, producing rotary cutters, rear blades, and other agricultural equipment. He eventually sold the company in the 1980s, and soon, Clyde was ready for the next step in his career.
In 1988 Clyde, along with his two sons Donny and David, founded Belltec Industries, Inc. in Belton, Texas. The company began by producing the TM-48 Post Hole Digger, a unique, patented, post hole digger that uses the weight of the tractor to apply pressure to the bits. The TM-48 can drill through rock, concrete, and other hard surfaces easily. It was this product that established Belltec’s reputation in the machinery industry. Since first introducing the TM-48, Belltec has expanded its product line to include hydraulic auger drives, auger bits, and a wide range of other equipment.

Today, Belltec still produces the TM-48 Post-Hole Digger. We are also one of the leading suppliers of hydraulic auger drives, augers, and other products. Our products fit a wide range of industrial equipment.

As a result of decades of hard work and innovation, Belltec can continue fulfilling the promise
that started it all: drill holes fast, where others fail. 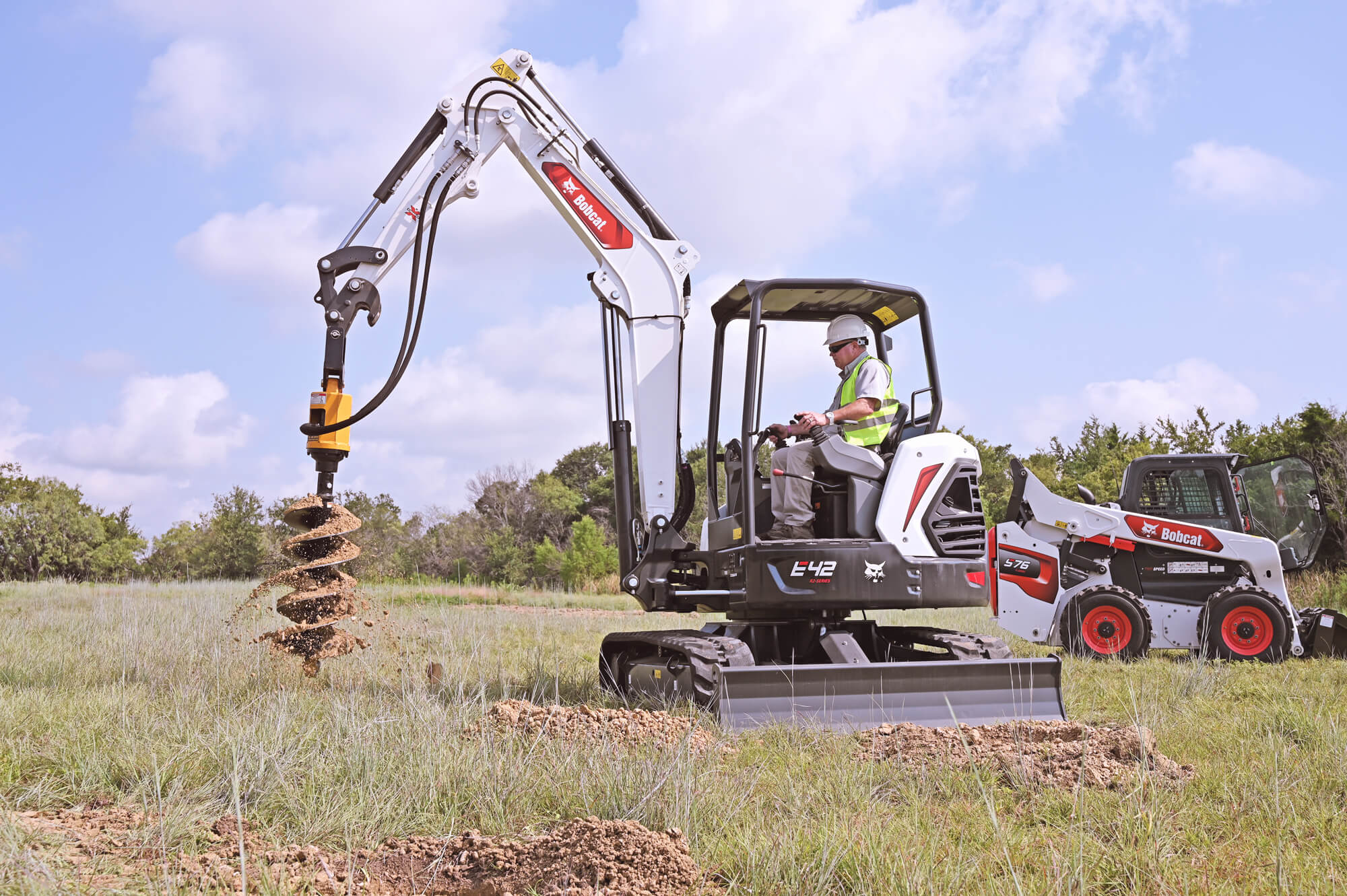 Sign up for our newsletter to receive the latest Belltec news, new product announcements, and special promotions right in your inbox.